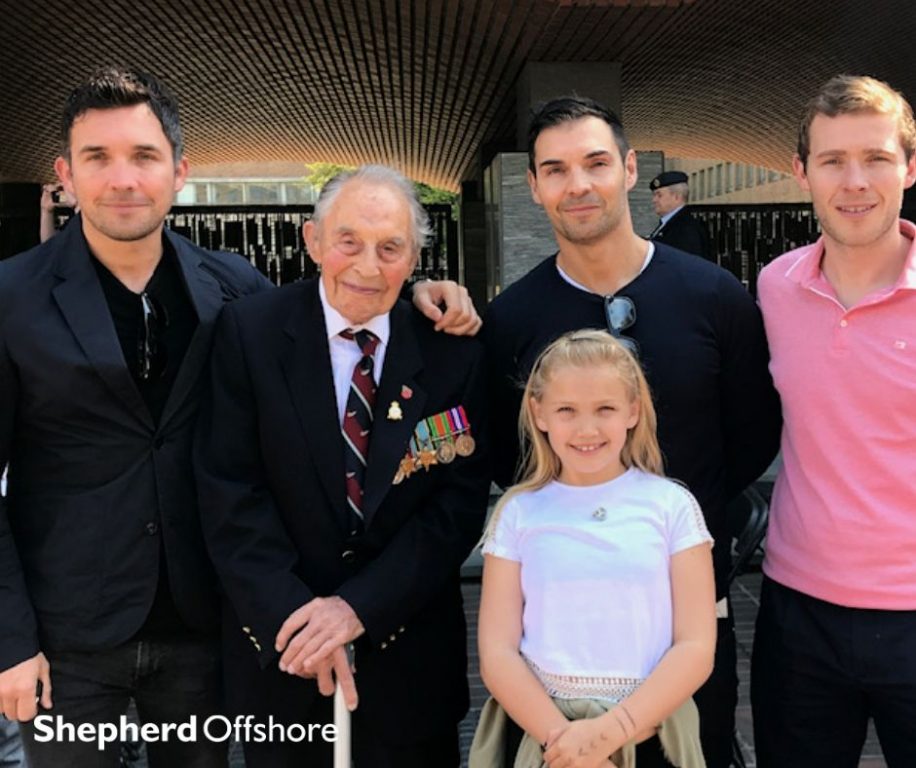 The Company are deeply saddened to notify the recent loss of Kenneth Law Sumner, aged 96 and father-in-law to the late Freddy Shepherd and grandfather to Charles, Kenneth and Warwick Shepherd. Kenneth, known as Ken by friends and family, passed at Newcastle’s RVI after a short illness and testing positive for Covid-19.

Ken was not only a loving, family man – but was a true hero.

Born in Saskatchewan, Canada and later forced to move to England due to The Great Depression, Ken and his family found themselves in the North East of England.

Attending the historic Durham School and planning to become a doctor, World War II declared, and Ken joined the RAF aged 18. In the April of 1943, he joined No.44 Rhodesia Squadron as a Bomb Aimer in the famous Lancaster bomber plane – flying a total of 27 operations. On one mission, 250 miles away from the target, the Lancaster was hit. The plane suffered considerable damage, although badly injured, Ken told the crew to continue the mission. He was awarded by King George VI for his bravery with the Distinguished Flying Media (DFM), Bomb Aimer.

In 1944 aged 21, Ken joined the famous No. 617 Dam Buster Squadron, where he met the love of his life Phyllis Mary Reynolds “Rennie”, of the Women’s Airforce (WAF), later marrying in 1946. Rennie sadly passed in 2015. Ken faced many challenges in his second tour, dropping the “Tallboy” and “Grand Slam” bombs in Hamburg, Swinemunde, Adolf Hitler’s “Eagles Nest”, and the most famous mission, the city of Dresden, with guidance of commanders Guy Gibson, directed by Winston Churchill and King George VI. During the Second World War the Squadron carried out 1,599 operational sorties with the loss of 32 aircrafts.

Surviving the war, Ken and his wife moved to Gosforth, Newcastle where he set up a successful coach company. Blessed with three children, eight grandchildren and sixteen great grandchildren, his family are proud of his legacy and heroic life.

Ken enjoyed watching sports and spending time with his loved ones. At the age of 80 he walked the Great Wall of China and ran the Great North Run six times.

The family and Shepherd Offshore would like to thank the NHS for their tremendous support during this difficult time, especially the staff on ward 19 and 22 at the RVI alongside his carer, Cindi. We cannot stress the importance of the government guidelines to protect our NHS. Our deepest condolences go out to all those affected by the virus and we hope you all stay safe.