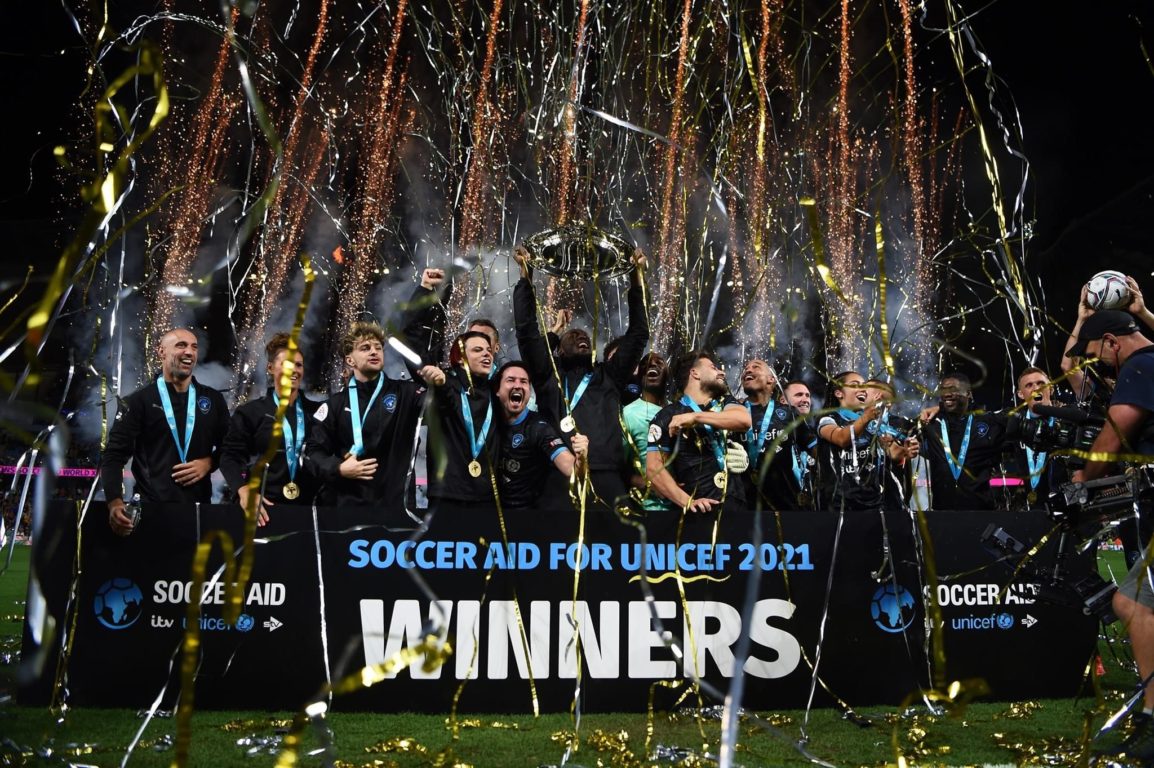 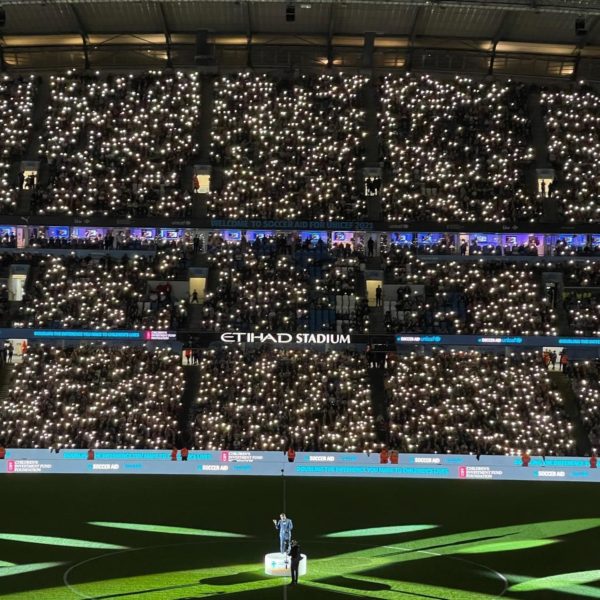 Soccer Aid for UNICEF 2021 was officially a record-breaker, raising an incredible £13,014,769 – the most in Soccer Aid history! All the money raised will help UNICEF’s work around the world, so that children everywhere can have the childhoods they deserve. A huge thank you to everyone who donated and played a part in raising a record £13 million for Soccer Aid for UNICEF 2021, which was played in front of a sold-out crowd at the Etihad Stadium.

The game was watched by 4 million viewers across ITV and STV. They witnessed Player Of The Match Kem Cetinay score twice before Lee Mack ended his Soccer Aid drought with a 90th minute goal, making it 3-0 to the Soccer Aid World XI FC.

Another huge thank you to all the incredible players – both celebrities and former professional footballers – who gave up their time to support the cause and to the many Commercial Partners who helped make the game possible, including Manchester City Football Club and ITV.  A special recognition is also reserved for the Children’s Investment Fund Foundation (CIFF), without whom the record-breaking £13 million donations total would be possible.

Shepherd Offshore is proud to be a part of Soccer Aid for Unicef and will continue to collaborate on future projects and campaigns.

“We could like to congratulate everyone involved in Soccer Aid for Unicef on another fantastic record-breaking year and event. This fantastic outcome is something they should be proud of! We cant wait to see next years campaign.”