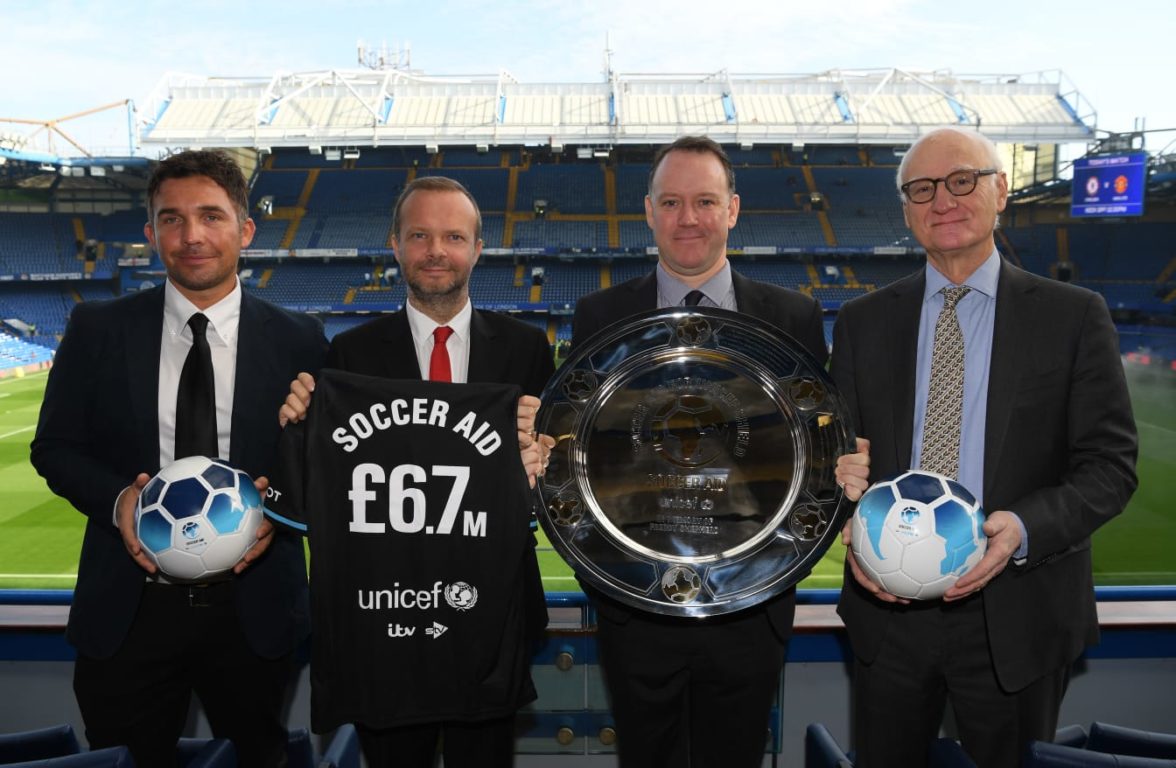 Shepherd, who would have been 77 today, would have been proud of the £6.7million figure raised by Soccer Aid following a series of high profile exhibition games in the UK.

The ex-Toon supremo’s name has also been engraved on to the trophy that will be presented to the winners.

Plans for next year’s event, which will see a star-studded team perform at Stamford Bridge in the summer, have now been unveiled.

A statement the organisers read: “Soccer Aid for Unicef today announced that the 2018 campaign raised a record-breaking fundraising total of £6,746,557 – with 100% of the money going to Unicef’s vital work protecting children in danger around the world.”